AWS GovCloud services, a public cloud service that was designed with compliance to the regulatory requirements of U.S. government agencies, is now being utilised by the U.S. Navy.

The U.S. Navy consolidated 26 various SAP and other ERP systems. These were migrated across 15 landscapes set up around 60,000 users across the globe.

The Navy utilised the SAP National Security Services Inc. (NS2) for the AWS GovCloud services migration. The NS2 was drawn from SAP which was used to sell SAP systems that comply with the U.S. government agencies’ highly-regulated conditions.

Harish Luthra, the president of NS2 secure cloud business, said that roughly 50% of the systems that moved to the AWS GovCloud were SAP ERP systems that ran on Oracle databases.

SAP systems were also migrated to the SAP HANA database. As for the other non-SAP systems, they were retained in their respective databases.

The reason for the migration
There were various reasons why the Navy shifted the ERP systems to more suitable technologies for cloud deployments. These include simplifying the underlying ERP architecture and reducing the total cost of ownership (TCO).

“Part of it was done through archiving, part was disk compression, so the cost of even the data itself is reducing quite a bit. On the AWS GovCloud side, we’re using one of the largest instances — 12 terabytes — and will be moving to a 24 terabyte instance working with AWS.

After the migration, the Navy was able to reduce the data size from 80 TB down to 28 TB.

They have also included applications that will assist in consolidating financial systems and improving data management and analytics functionality.

Speeding up the process

Joe Gioffre, SAP NS2’s project principal consultant, said that the project was rushed and had to speed up even more after the Navy changed its requirements.

The project was initially scheduled for May 2020 go-live. After attempting to move the command working capital fund onto the on-premises ERP system, they later found out that the system does not have the capacity to handle the excess data volume and workload.

This move pushed the HANA cloud migration’s go-live date to August 2019 to coincide with the start of the fiscal new year on the 1st of October to include the fund.

Despite the accelerated timeline, strong governance over the project ensured successful completion.

Every time you tell me it was easy and simple and painless, I think that you’re not telling me the whole story because it’s always going to be hard. And these are government systems, so they’re not trivial and simple stuff. But this may show us that if the will is there and the technology is there, you can do it. It’s not as hard as landing on the moon, but you’re still entering orbital space when you are going to these cloud implementations, so it’s always going to be hard.

Greenbaum was skeptical of the easiness of the project; however, he stated that it could be considered an accomplishment if it was completed without problems. 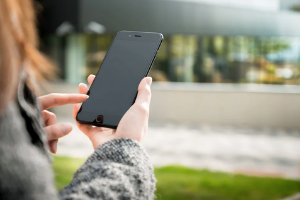 SAP Digital Interconnect Soon to be Part of Sinch AB 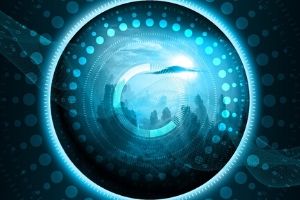 Atos Partners with Microsoft for SAP on Azure Deployment