In 2016, the Department of Defence launched the quest of finding the best-fit systems integrators that would deliver the largest enterprise resource planning program to be implemented by the Australian Government.

The Defence Enterprise Resource Planning program contract, valued at $95.5 million, was awarded by the Department of Defence to IBM Services Australia. Given on 22 July, the contract will run for 18 months and replace a wide range of existing end of life systems.

As the chosen vendor to deliver the initial design of Defence ERP, IBM Services is under a contract to implement SAP S/4HANA, acting as a systems integrator for the first tranche of the project. Aside from the S/4HANA platform, the new ERP system will include SAP’s Defense Forces and Public Security (DFPS) component.

Aside from covering the enterprise logistics and land materiel maintenance functions, IBM will also be involved in high-level design for subsequent ERP tranches and set the foundation elements for finance and human resources.

The program will be implemented in three tranches, with the first comprising finance and foundation modules, the second logistics, procurement, and estate components, and the final engineering and maintenance.

As of press time, 15 delivery partners were named by IBM in collaboration with the program. They are as follows:

Department of Defence said in a statement that, to date, the Defence ERP program is its largest-scale Information Communication Technology transformation program. As the Australian Defence Force modernises capabilities and builds high-performing supply chains, the program is poised to support such critical undertaking. It said:

“It will provide a near real-time view of critical information across Defence to better inform decision making.”

David La Rose, IBM A/NZ Managing Director, said that the ERP contract is a strong testament of the tech giant’s 40-year partnership with the Australian Government and over two decades of working  with the Department of Defence

“Making the best-informed decision is key for the Department of Defence.”

“With SAP S/4HANA, Defence can leverage embedded intelligence and deliver real-time insight to critical business operations. As the foundation of an organisation-wide transformation, SAP S/4HANA will help optimise the value of important defence investments and resources, in addition to underpinning future innovation.”

The Department of Defence stated:

“The ERP program plans to roll out initial capability for finance reporting in 2020, followed by a larger logistics and maintenance capability in 2022.” 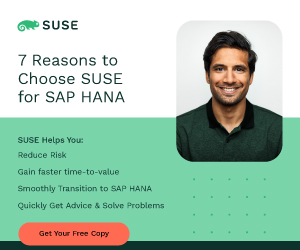