Winners of the Young ICT Explorers school competition in Queensland have been announced, revealing some very impressive up and coming talent in the ICT sector.

It is the fourth consecutive year the competition has been held, with 198 students putting their skills to the test to become the next Young ICT Explorer.

Run by SAP Australia in partnership with The University of Queensland (UQ), the not-for-profit event looks to help plug the ICT skills gap in Australia by encouraging innovation and a passion for technology in schools.

“It is not just important that we encourage school students to participate in ICT, it is a necessity. At a time when Australia is witnessing a decline in the growth of the ICT industry, it becomes critical that we take action to address this at a grass roots level to drive a turnaround for the future of our Industry and our country,” said Greg Miller, COO, SAP Australia and New Zealand.

“In the four years this competition has run, we have already seen good results, with students going on to develop their interests in technology and being recognised for their achievements beyond this competition. For example, Lucky Katahanas (Queensland Academy for Science, Mathematics and Technology) was an SAP Young ICT Explorer of the Year in 2011 and went onto become a 2012 AIIA Queensland iAward winner in the Secondary Student category.”

The winning projects
The winners were revealed on 10 August and chosen by a panel of industry professionals and academics, who saw impressive results from 17 teams of students across Years 4 to 12.

The awards were presented to the students by the Honorary Ian Walker, Minister for Science, Information Technology, Innovation and the Arts.

Students from St Columba’s Primary School, Emma Purcell, Emma Rosetti, Jasmine Blain, and Ellie Tracey, took first place in the Year 4-5 group with a project that explored the place of robots as an engaging tool in supporting children to develop strategies for coping with challenging social situations.

“The aim of the project is to use NXT robots as characters in a movie about a boy who overcomes a bullying incident,” they said.

“My project is multimodal including elements of: Arduino, GameMaker, MaKey MaKey and Weebly. An interactive game combating obesity and diabetes. Fun for all ages, fully documented by blogging and teaching tutorials,” she said.

The winner of the Year 8-9 group was from Brisbane State High School. Matthew Ryan’s project, ‘The Inspector’ was a home made robot controlled by a micro-controller that is controlled by C++ language.

The robot features are controlled by C++, it has a LCD screen, LED 8×8 display, robot hand, and robot arm with seven different motors for pivot points, and also has 4×4 drive, and a wireless camera. Matthew also designed a website on the robot and features.

First place in the Year 10-12 group was four students from Coffs Harbour High School, Max Tavener, Davis Howlett and Alex Spiteri-Albon. Their project ‘AUSRAID Hexacopter’ is a UAV Hexacopter that can be used for search and reconnaissance tasks such as finding lost bush walkers.

“We plan to have an on-board video camera to aid in the search and a GPS system that will enable us to direct SES rescue teams to recover the lost bushwalkers. We will also be experimenting with autonomous flight techniques,” the group stated in their project description. 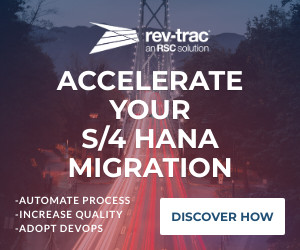