Global ICT solutions and services provider Dimension Data has identified top IT industry trends for 2017, with the focus squarely on all things digital, including everything from data ownership,  automation and decentralisation, to hybrid IT and data centre containerisation.

The company’s chief technology officer, Ettienne Reinecke, cites ownership and access to data and metadata as a key theme for this year, calling them the “gold dust” that allows organisations to obtain rich insights about customer behaviour, identify behavioural patterns, then make informed business decisions derived from this business intelligence.

With this in mind, organisations are becoming increasingly protective of their metadata.

“Organisations don’t just want ownership and control of their data for compliance reasons, but more importantly to ensure they can perform analytics. We expect that this will trigger some interesting discussions between businesses and their cloud providers,” said Reinecke.

Another top trend identified is that automation and DevOps will need to be embraced at every level of the organisation to provide the agility and cost benchmarks required to remain competitive. The entire operation “needs to function like a well-oiled DevOps practice” with continuous delivery, automated testing, and constant, iterative updates and improvements.

Taking a page out of the book of industry disrupters decentralising transaction models, Dimension Data points to the Australian Stock Exchange’s announcement that they will launch a Blockchain-based settlement platform allowing near-real time settlement of equity trades, for a fraction of the current cost charged by legacy settlement companies.

With decentralisation comes the additional benefit of cybersecurity: with a distributed ledger and strong encryption, there is no longer a central data environment to attack (or defend), inherently solving many of the current cyber threats. At the same time business intelligence will increasingly drive predictive cybersecurity, rather than reactive.

The Internet of Things (IoT) will deliver on the promise of big data, allowing organisations to examine patterns that deliver specific business outcomes in real time. Dimension Data predicts this will drive a faster return on big data projects.

The emergence of the hybrid IT environment will demand new workforce skillsets and a business focus on integrating ecosystems, not merely systems. Dimension Data urges organisations to consider a move toward engaging with cloud brokers or specialist hybrid IT managed services providers that can offer an end-to-end service layer or a lifecycle of managed services that includes service design, transition, and operational steady state services.

Dimension Data expects a key enabler of the hybrid IT environment to be data centre containerisation, with an increase in containers expected in 2017 and beyond.  Since containers are operating system-independent, organisations can use them to move easily between their on-premise environment and a variety of cloud providers.

On the HR front, the latest trend is no longer working with a millennial or Gen Z workforce, but rather with machines. Dimension Data predicts it won’t be much longer before holographics, augmented reality and virtual reality begin to move from B2C into B2B, driving a fundamental workspace transformation in the process. 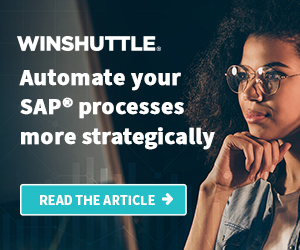