2030 Olympics is a little more than a decade away. But Salt Lake City is already starting to step up its game.

Salt Lake City first bid for the 2002 Winter Olympics back in 1995. The bidding competition was fierce, and the countries across the globe had a strong desire to win. Ultimately, Salt Lake City won. The city experienced an economic boom since winning the bid. Now, they are hoping to let history repeat itself for the 2030 Olympics.

The state of Utah plans to use data to explain how the community takes advantage of existing Olympic venues. At present, it has a bobsled track with more than 103 feet of vertical drop with 15 turns. It also has a pool located near the Olympic museum which is being used by national ski teams in practising their aerial and Nordic jumps.

Fraser Bullock, an Olympic Exploratory Committee member, said that Utah is “ready, willing and waiting to welcome the world again.” He was the chief operating officer of the 2002 Games.

Former chief of sport to U.S. Ski & Snowboard, Luke Bodensteiner, is now the chief of sport development for the Utah Olympic Legacy Foundation. The said non-profit foundation is responsible for maintaining Salt Lake and Park City’s Olympic facilities. They are also responsible for promoting opportunities to watch and participate in winter sports.

SAP acquired Qualtrics in 2018 for $8 billion. Today, the foundation is cooperating with SAP’s Qualtrics in Silicon Slopes to obtain analysis on the state of its programs to see how it can attract more participants and build community interest in favour of potentially winning the bid for the 2030 Olympics.

Qualtrics had a history of helping sports organisations, such as the NBA’s Utah Jazz, in gathering fan insights. They have also worked with the U.S. ski and snowboarding team in preparation for its Olympic performance.

“Typically, national teams have sort of viewed the athletes as a product in ways: trying to deliver support to reach a particular outcome, such as winning medals, There’s been a worldwide movement happening as athletes have pushed to have more control and influence over what happens to them in their careers and the support and resources that are given to them. We’re now locked onto the idea of optimising our athletes’ experience, and Qualtrics has been pretty transformative in determining how we manage our elite athlete programs.”

Utah has been working to revamp Salt Lake City’s athletic programs in hopes of developing sports talents ahead of potential 2030 Olympics hosting in the city.

“When you play host to the Olympic Games, you have a unique platform to talk about what you’ve done. Everyone has their own narrative, and we want to be able to tell a story about our community; about the success of our kids based on the fact that we’ve had this strong legacy from 2002 and have been able to maintain these venues and fill them with kids who get a lot out of them physically and emotionally.” 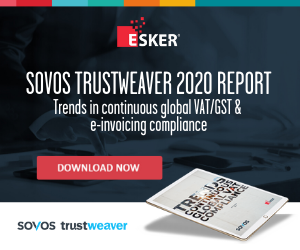