According to Google, the transition to SAP Ariba Network is happening in multiple waves with a go-live target date of 24 August 2020. This change in its supplier management process aims to simplify business transactions and further strengthen Alphabet Inc. and Google’s existing and new relationships through improved communication methods.

SAP Ariba, together with SAP Fieldglass and SAP Concur, represent SAP’s intelligent spend platform, the largest commerce platform in the world with over $3.8 trillion in global commerce annually transacted in more than 180 countries.

With Alphabet Inc. and Google going live on the SAP Ariba Network, suppliers get better visibility into the status of their orders and invoices. The centralized platform allows suppliers to access and update their information and take action on business transactions.

The change allows both enterprise and standard suppliers in the Asia-Pacific Region to easily manage their account information with Alphabet/Google from the SAP Ariba Network platform including:

For Alphabet/Google, the move will help it efficiently manage supplier information, lifecycle, and performance. Additionally, it provides the multinational company with:

Moreover, according to SAP’s 2020 2nd Quarter Statement, the SAP Ariba platform is embedding Qualtrics technology into its system. This will help Alphabet Inc. and Google in further enhancing suppliers’ experience and allows them to create a continuous feedback loop for buyers and suppliers on the network—making business transactions more seamless.

Since 2017, SAP and Google have been in a strategic partnership that aims to help SAP customers digitally transform their businesses. The two companies have been working together to help customers adopt a cloud strategy and build robust, flexible, and innovative IT systems that will help them in their short and long term goals.

In 2019, Google launched the Cloud Acceleration Program, designed specifically for SAP customers wanting to streamline their cloud migration plans. This year, at SAP’s SAPPHIRE NOW digital event, the partners announced a new SAP data center powered by Google Cloud infrastructure in Frankfurt, Germany, that will allow SAP’s customers to enjoy all the benefits of Google Cloud Platform on Google Cloud infrastructure that is exclusive only to SAP applications. 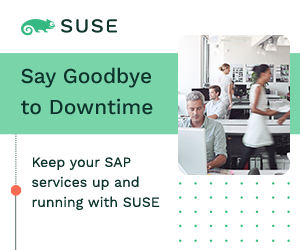