On a global scale, SAP’s business activity in the first quarter of 2020 has been considered healthy despite the economic crisis that most enterprises have experienced and are still experiencing due to the coronavirus pandemic. Though some potential businesses did not materialise resulting in the decrease in the software licenses revenue, much credit has to be given to the remarkable growth in the SAP cloud business.

Closer to home, SAP ANZ’s outlook remains positive putting an emphasis on its cloud business. In the recent Financial Review article, SAP Australia and New Zealand Managing Director Damien Bueno shared the company’s initiatives in driving business growth. Dubbed internally as XO (experience and operations), the strategy is anticipated to keep business on track for the medium term while recognising the potential drawback from the COVID-19 pandemic.

“We’re on a growth trajectory and the cloud underpins that growth,” the MD expressed.

“(As) the division of SAP being the cloud company mature more, we’ll see a shift from the on-premise revenue into cloud revenue and that’s part of the pivot we’re seeing in the 2 per cent growth.”

“Cloud revenue is two times on-premise licence revenue and the important statistics at the company level is that recurring revenue is now more than 70 per cent of revenue,” he stressed.

On Putting High Hopes on the Cloud

SAP’s numbers reflect how enterprises across industries are rapidly shifting to the cloud showing consistent cloud revenue growth from 2018’s 45 per cent growth achieving an additional 29 per cent to $240 million with a net loss tapering to $20.4 million from $30 million.

The SAP ANZ MD, who’s also a veteran in the German company, stated that the current economic situation puts the cloud business in a more critical role. He said:

“Cloud revenue and maintenance revenue are very predictable streams, which is important in times like these.”

“That for us builds confidence and belief that we’re in a good position to come out the other side of this in a strong position,” Bueno added.

“The cloud business has grown significantly over the previous year and we’re confident we can continue our strong momentum.”

Cameron acknowledged the continued partnership SAP NZ has built with large companies both in the government and private sectors despite the crisis. Mercury Energy, Frucor Suntory, and Zespri were among those.

“Our revenue from cloud customers exceeds revenue from licensing customers, but we’d like to do more to help New Zealand businesses run in the cloud, as recent events have demonstrated the benefit of flexible and agile access to critical business information from wherever you are working,” Cameron said.

SAP ANZ MD Bueno remains confident that the ANZ and global business would keep track of its 2023 ambition of €35 billion ($59.9 billion) in revenue and an increase of its proportion of recurring revenue to 80 per cent. 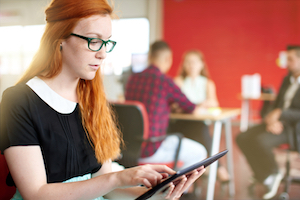 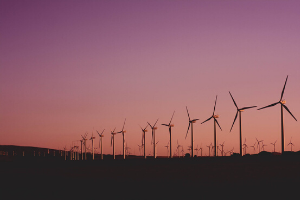