The goal of SAP is to help at least 200 startups around the world within the next five years, committing 40% of the investible capital in the SAP.iO Fund and bringing the SAP.iO Foundries program to scale with a focus on inclusive entrepreneurship.

In 2017, SAP.iO, an open innovation model enabling visionary startups to use the power of SAP data, APIs, platform technologies and new business models, launched its two components, the SAP.iO Fund, and SAP.iO Foundries.

Since its launch, SAP.iO Fund and Foundries have driven early stage startup innovation helping its customers win in their markets.

According to Dr. Ram Jambunathan, SVP and Managing Director of SAP.iO, in over two years of SAP.iO Fund and Foundries’ rollout, the company realized that aside from extending access to the SAP’s next-gen solutions to their customers, early-stage startups complementary to SAP could expand and enhance the SAP ecosystem and solutions as well.

Deepak Krishnamurthy, SAP Chief Strategy Officer, expressed that SAP.iO is an effort to create an ecosystem for SAP applications that reflects today’s API-centered approach to development. He explained that SAP.iO enables developers to build applications that combine data from SAP systems, like HANA, with next-generation technologies, including machine learning, IoT, AI, blockchain and advanced analytics.

“But now with the cloud, more of it will be not just extensions on the SAP Cloud Platform, there will be interesting innovations delivered through an API-based model with tight integration between SAP and startups using machine learning, IoT or other technologies, enabled by data from SAP.”

Goodr and Ruum, two companies that are part of the SAP.iO incubator, share how their incubation with SAP enhanced their business processes, contributing to a healthy SAP ecosystem.

Jasmine Crowe, Founder and CEO of Goodr, credits SAP.iO, not only for its resources but also for its business expertise, the realization of her simple idea of developing an app to help alleviate hunger and food waste in America. Now their company’s mission of “Feed more, waste less” was brought to life through the Goodr app.

“I saw our value prop very clearly, but I felt I maybe wasn’t communicating it, so SAP.iO put me in touch with a lot of mentors from their sales team who helped me understand the decision drivers of the decision-makers that we’re selling to,” Crowe said.

Goodr app connects food service sites, such as restaurants, to recipients, such as homeless shelters. It leverages the capabilities of SAP Leonardo IoT and blockchain technology in its back-end portal to store, track and analyze data.

“The biggest concern that people have is with the food safety and liability aspect,” Crowe said. “With SAP Leonardo, we can use RFID tags in our packaging and send real-time information about the actual temperature of those items to the cloud. When someone donates excess food, they slap a tag on it and press ‘Request Pickup,’ and we can then track that tag with our driver.”

Crowe explained, “Typically you just donate food, but you don’t track it; you don’t know what you just donated. Food donors get a tax benefit equal to 50% of the food’s value at the time it was donated, so they save money. But they’re also improving their carbon footprint because for every pound of food we keep from going in a landfill, our platform dashboard tells them how many gallons of water they’re saving and how much carbon dioxide or methane gas they’re keeping out of the environment.”

Ruum, a startup by an SAP Veteran

Ruum, a workplace productivity application, is one of the first ventures of SAP.iO developed by a 10-year SAP sales veteran, Florian Frey who now acts as Co-Founder and Chief Customer Officer. Ruum operates as an independent company under the SAP umbrella.

Frey recognized how technology can alleviate the efficiency of salespeople being in the industry himself.

“We submitted this business idea to fix the productivity problem in the enterprise. We went through this acceleration program and were lucky enough to secure investments,” Frey said. “Then, as SAP employees, we were able to build a new product from scratch, while being funded and operated like a startup.”

He further explained that Ruum has a simple UX that has back-end integrations with SAP systems, including AI-based features like bots, to automate routine project management tasks so team collaboration is embedded into business processes.

According to Frey, SAP.iO enabled Ruum to develop the app and operate like a startup utilizing SAP resources, allowing the company to build and release products faster, thereafter building a customer base.

To date, SAP.iO has over 125 startups in more than 8 locations across 25+ industries. Last year, SAP.iO Foundry launched a demo event for nine female-led startups in New York. 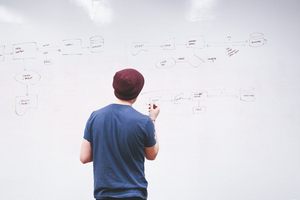 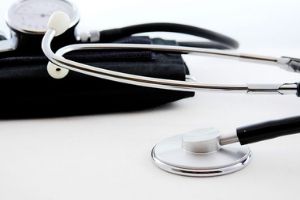 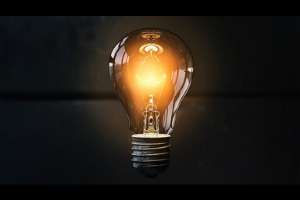 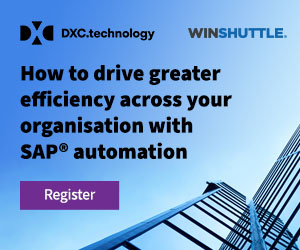