In the Forbes article written by Michael B. Arthur, a professor emeritus of Suffolk University in Boston and a visiting professor at Cranfield School of Management in the U.K., he shared his insights on how SAP North America applies its idea of the revolutionary “intelligent enterprise” to its own talent management system.

As a global leader of innovation and a market leader in the enterprise application software, it is reported that SAP system touches 77% of the world’s transaction revenue. Not surprisingly, this excellence in execution is also reflected in the company’s capabilities as an employer receiving numerous recognitions in countries and regions worldwide. SAP North America is recognized as an employer of choice throughout the region.

SAP Academy. An award-winning and world-class program, SAP Academy is the company’s established approach to the fundamentals of talent management. It delivers an energizing and inspiring experience within a globally diverse environment, where participants explore innovative thinking and evolve into confident, dynamic communicators who ignite greater engagement and compel customers to action. The program recruits “passionate and driven self-starters with up to three years’ experience” offering pathways across Sales, Presales or Commercial Sales.

Currently, there are over 800 associates who are supporting customers worldwide after graduating from the SAP Academy programs. Moreover, in 2016, 15% of SAP’s key revenues were touched by the Academy Graduates and are still demonstrating a broader reach to potential customers through social selling.

Winning the Millenials.  A new approach being piloted by SAP North America is underway with much focus on understanding the Millenials as a group of individuals each with their specific career agenda.

According to DJ Paoni, President of SAP North America, he perceives the cohort as “wanting to work for a purpose, rather than chase the money.”  Without a sense of purpose, the young recruits will simply move on to another organization. He also said:

“We want these people to be CEOs of their own careers.”

The new approach takes a group of 14 from a larger annual talent pool of 100, with members chosen to represent all major business activities. During their one-year term on an Emerging Talent Advisory Board, they will be partnered alongside senior managers led by the SAP North America President Paoni. Consequently, the goal is to have a two-way exchange about the company’s future and for the managers to learn from the Millenials through “reverse mentoring”.

Expected Outcome. As an output of the “reverse mentoring” where the young professionals get first-hand insight into the company’s challenges, they are expected to make meaningful recommendations. After the initial two projects delving into both company financing and strategy during the first year, the young recruits will be expected to move to wider challenges. Though the future projects are anticipated to serve their specific career interests, the Millenial workforce shall retain the spirit of inquiry from their advisory board participation acting as catalysts in promoting the “intelligent enterprise.”

What’s next? The learning from one year’s board members is to be invested back into the work of future boards, which will also allow for expansion of the approach to other workers. Presently, two SAP America regions are being tested for the expansion. While the SAP Academy continues to recruit for global expansion, SAP’s global Executive Board is closely following the pilot program. Northern Europe is one of the regions that have adopted the pilot program.

With regards to Arthur’s query on SAP’s readiness in terms of responding to young professionals’ changing lives and priorities, Paoni has this to say:

“We’re trying to layout for Millennials that SAP is a place where you can fulfill an entire career if you choose. It’s a safe and diverse workplace. We’re ready for the flexible workforce, and we look forward to one of our advisory board recruits become a future SAP CEO.”

The Professor views SAP North America’s initiative refreshing and modest, with the company’s focus on learning from its people and giving them considerable respect as they aspire and evolve in their careers.

Need a date? Finding the right SAP job for you 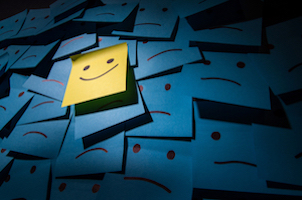 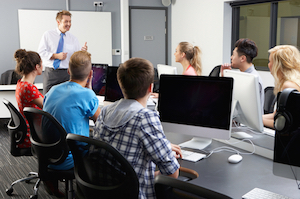