Optional callout text right side.
Home / Featured / Startups by Women Get Spotlight in SAP.iO No Boundaries

Startups by women took merely 2.2 % of venture capital in 2017 according to data from PitchBook Data Inc., a financial data and software company headquartered in Seattle. It was also found that less than 13% of venture capital went to US startups with at least one female founder.

Startups by women and minority founders have been the focus of SAP.iO No Boundaries, SAP’s initiative to offer venture capital and incubation to underrepresented entrepreneurs, since its launch at the start of 2019.

Shoba Purushothaman, a founder of multiple startups in the last 18 years, is one of the women leaders that have received support from SAP. Purushothaman and her co-founders at Hardskills, an online platform that helps companies train their workforce in behavioural skills, have been one of six startups in SAP’s new B2B diversity accelerator in Berlin.

She told Yahoo Finance UK how she used to not favor the idea of special programs designed to give women a leg-up in the startup world. Purushothaman said:

“I grew up in Malaysia. For my entire childhood, I had a negative view on anything that was affirmative action.”

Purushothaman exclaimed that participating in a women entrepreneurs forum, The Springboard, in 2001 catapulted her business by raising $3 million. At that time, she was trying to launch her digital news-video platform The NewsMarket.

“That was a game-changer for me because I realised the benefits you can get,” she said.

Hundreds of women entrepreneurs are on the same boat as Purushothaman’s in terms of fund-raising experience. Just over 2% of a total of $130 billion in venture capital invested in the US last year went to female founders as reported by Pitchbook. Europe paints the same picture with female entrepreneurs as a minority. According to Atomico’s State of European Tech 2018 report, 93% of capital investment went to all-male-founded startups, which accounted for 85% of the deals.

As SAP Chief Strategy Officer Deepak Krishnamurthy told Yahoo Finance UK, SAP.iO No Boundaries, despite having the goal of incubating underrepresented entrepreneurs to drive inclusive entrepreneurship and level the playing field, remains to mean business and is “not a social initiative.” Launched in January 2019, the SAP.iO No Boundaries plans to boost 200 startups by 2023.

Krishnamurthy said that SAP’s goal is to help the startups be successful by creating an ecosystem that makes valuable solutions for customers. In the initiative, startups remain independent wherein SAP does not take equity or own their intellectual property.

To Krishnamurthy, the investment in the diversity program is another financial opportunity for SAP. The chief strategist said:

“If we are able to identify teams that other people are not investing in or accelerating, it’s going to help us transform into a growth company and an innovation company, and this is a huge part of our strategic focus.”

The quality of the startups led by women or minorities were “at par or even better compared to the all-male founding teams” in terms of performance, inclusivity in hiring, and value creation as demonstrated by the programs that SAP has already run in New York and San Francisco.

“At the end of the day, SAP is a big company, we are for-profit, and this is still a business initiative for us,” Krishnamurthy explained. “We think that these are great companies that we would love to work with and having a program like this helps us bring them to our ecosystem, rather than going to some other ecosystem.”

For him, nurturing the best of diverse startups benefits both parties. He said:

“They’re not getting a break from us — they have to be at the same level that any other company needs to meet to be an SAP.io company.”

Purushothaman said that partnering with SAP has been one of the best decisions they have made as founders. Hardskills gains validation and credibility being in the SAP app center and with their software getting SAP integration. More importantly, being under the wings of SAP, her company gets access to its “gold mine” of around 400,000 partners and customers. She said:

“We have gotten in front of several of SAP’s biggest customers, these are DAX top 10 companies, and we been integrated within Success Factors (SAP’s human resource management software), so SAP clients will be able to use us more easily and establish business relationships with us.”

With SAP being on the receiving end, startups have brought fresh ideas and approaches into the company as she has noticed. Purushothaman shared:

“I certainly felt that they [the SAP people] get emboldened by the fact that it is possible to be unconventional. I think there is definitely a recognition that ‘startups are going straight to our customers, we need to understand and learn from this because we need to be at the very least informed about what they are selling our customers’.” 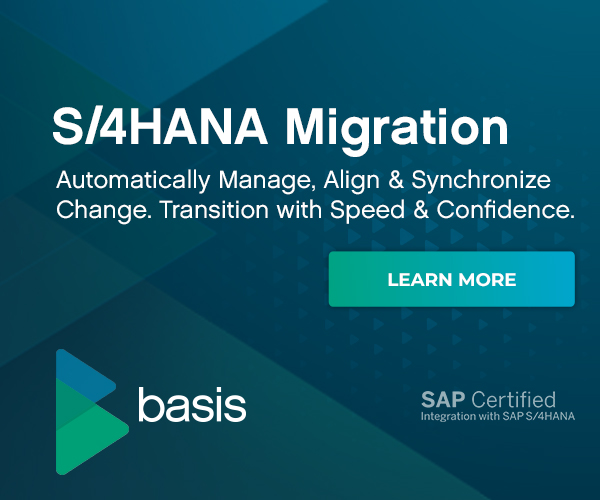