The Young ICT Explorers is a non-profit competition organized by SAP to encourage students to create ICT-related projects that can solve real-world problems or as an extracurricular activity for projects of their choice. It is open to students from Year 3 to 13.

Pete Andrew, COO at SAP ANZ, explained that the competition is “kept broad to encourage as much creativity as possible, as well as to encourage greater participation.”

“Because students are given freedom to choose their project and are not limited to specific problems to solve or technology to use, we not only see some brilliant ideas, but we also see high rates of female participation.”

Andrew pointed out that the competition now has 50% female student participation in New Zealand and Australia. He also highlighted how the Young ICT Explorers differed from other initiatives with a similar goal.

The program is now running in its 10th year and 4th year in Australia and New Zealand, respectively. Travis Joy, Young ICT Explorers’ programme director, aptly referred to it as the “highest degree of freedom possible.”

“Students can work on their projects for as long as they like, with YICTE being their meeting point to showcase the ideas once a year.”

All types of projects are accepted, given that there is a clear link to technology.

This year’s participants were from Rangitoto College’sCollege’s Year 9 to 10 students. They were given five minutes to present their projects to the judges and another five minutes for questions and answers.

“Imagine during your walk, you see people playing basketball, and you want to know how to describe what you see in Chinese as it is a step towards learning the language. The answer is simple: start ILearn, take a picture of the scene with your device’s camera, and the application will describe what is on the picture in your chosen language/s (Chinese, English, Japanese, Spanish, and Portuguese). In our case with the basketball game, the app could say something like: ”People playing basketball ‘ ‘in English and Chinese. It could also help some people in their understanding of their native language.”

She will join the Australian students for the YICTE awards in Sydney, happening in December.

Lana Zhang and Tyler Young came in second with their ‘Claritas – Progress made simple’ project.

Claritas is an online platform that gives students a view of their academic history and creates goals from their successes and mistakes. They will also be notified of upcoming events or assignments.

The said platform will feature a unique academic radar chart, tools that will aid students in creating their own goals, class peers’ academic progress, and other features that will make it a student essentials platform.

Jessica Wang received the third prize for Type It, a typing game that helps people learn how to type faster.

The YICTE participants were also invited to enhance their projects and reenter the competition again next year. 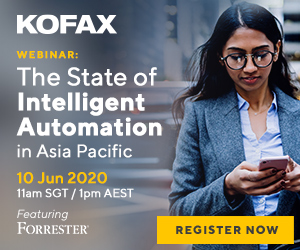